1) and 2) The Old Meg was a giant prewar hovership that crashed into a mountain and became the primary base for the outlaws. After creating the ship, next was exploring what it would look like integrated into the mountain. Land slides, morning mist, and of course some tiny birds for scale smiley Also included the original rough painting, to show the progression.

3) - 6) A bunch of props for the "Integrated", the bad guys in the game. The goal was to take their aesthetic, which consisted mostly of fins and flat panels, and combining them with props like antennas, roadblocks, reactors, comms centers, etc. The goal was to be able to tell from a distance they were integrated based on the silhouette. These were all quick 3d sketches with a toon shader, I felt kitbashing these type of more abstract props was faster in 3d then 2d drawings.

7) and 8) Probably my favorite painting of the project. Ever since I watched 1984's "V" as a kid, I've loved the visual of the giant flying saucer hovering over the earth, and it was awesome that this project gave me the chance to do one. Included two version, one with more contrasty light, and one in stormier conditions.

9) Key Frame showing a pivotal part of the game's narrative. Electrical disturbances cause the anti-gravity on the big ships to malfunction, and large chunks of rock and other ground debris would rise and fall chaotically. This painting was to show what that might look like. 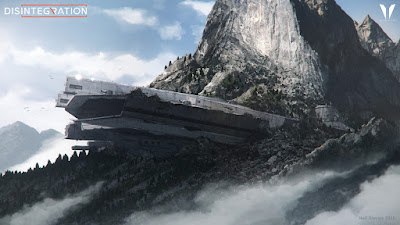 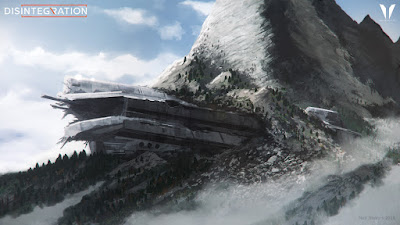 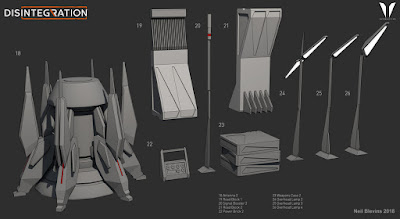 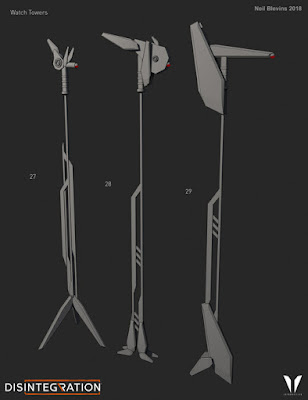 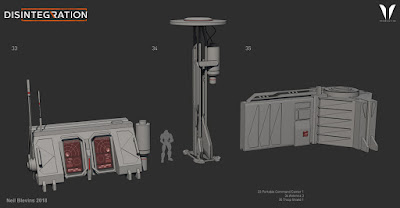 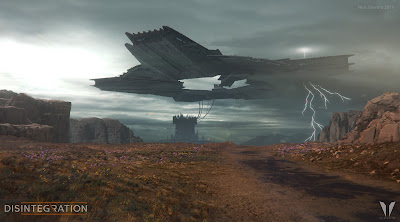 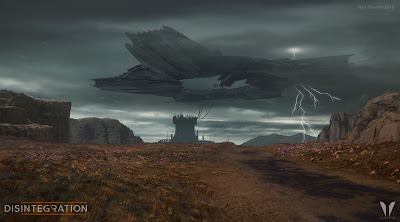 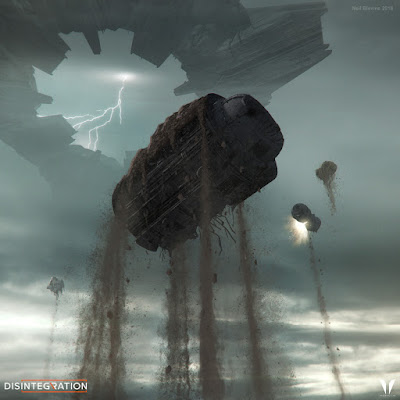 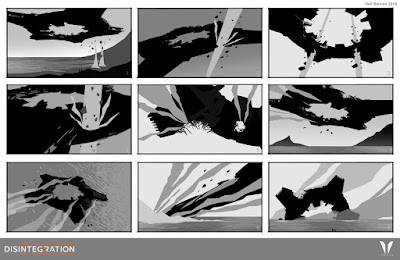