"When I see an alien device sitting in front of what looks like a big alien door, I'm going to assume it's a doorbell." he said, "The question we need to ask is do we want to meet whatever's on the other side" 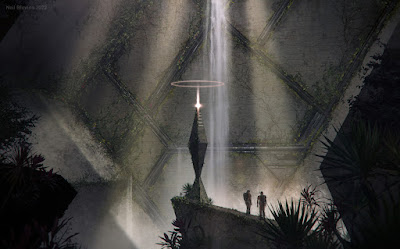 Posted by Neil Blevins at 6:39 AM No comments:

While both videogames and films use concept artists, and while the majority of the job is the same, there are some subtle differences between the two mediums. And its helpful to know the differences, especially if you plan on switching between the two fields. This lesson discusses the main difference, and shows 10 examples of things I noticed moving from films and games. 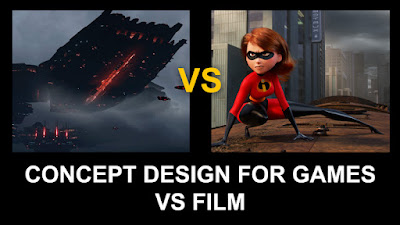 Posted by Neil Blevins at 7:44 AM No comments:

One last AI test, a bunch of variations of alien plant life from a single seed image. None of these would be perfect as is, but there are elements in each one that I could take and expand upon to create some interesting designs. Text prompts include stuff like tentacles, alien, spikes, mandelbulb, etc 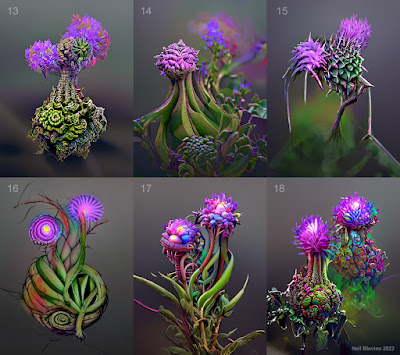 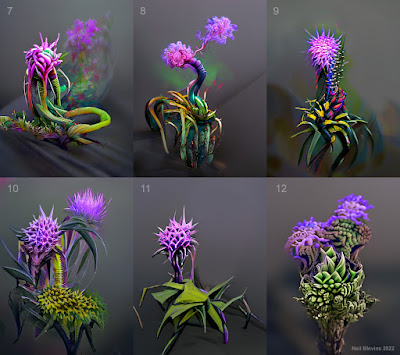 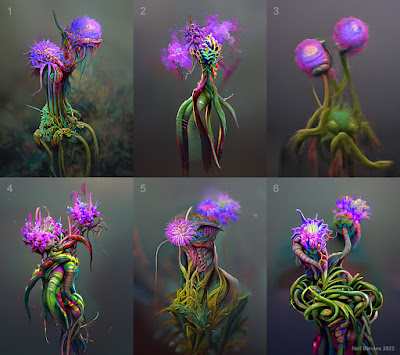 Posted by Neil Blevins at 7:17 AM No comments:

Fan Made Inc The Robot

Student Natalya Sa'at has made an awesome fan model of my Inc The Robot. Really impressed, check out her work! https://artstation.com/artwork/DA3AOy 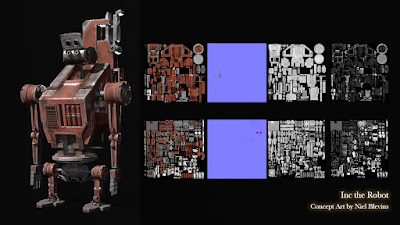 Posted by Neil Blevins at 7:16 AM No comments:

While I have some reservations about AI artwork, I figured it's time to try out this Disco Diffusion thing. It's actually pretty neat. I gave it one of my paintings as input, and it modified it based on the phrases I provided. If used as a unique form generator, I can see it as a great way to create a rough idea and spark our imagination. I just hope we don't hit a point where they're good enough to remove the ability for a commercial artist to make a livable wage. 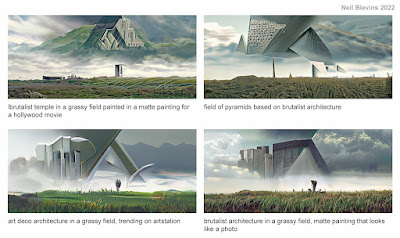 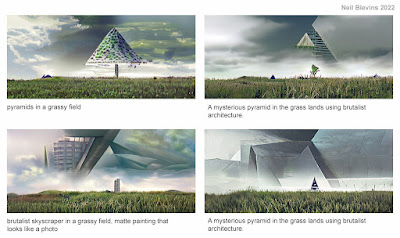 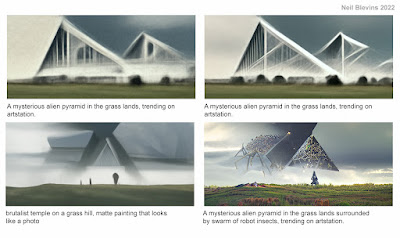 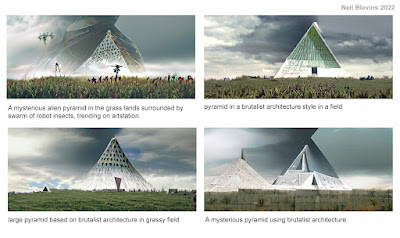 Posted by Neil Blevins at 8:12 AM No comments:

Played around with Vizcom's S2R AI shading tool. Supply a drawing, it uses AI to do the shading in 1 click. First image is a rough pen drawing and the 1 click results. Image 2 is the result with 2 min of extra hand paint. Image 3 is another robot head test. And the final image is trying it on something flatter. The AI seems to work best on rounded surfaces, maybe because it trained on a lot of car sketches? Still, some neat results with a more rectilinear spaceship. 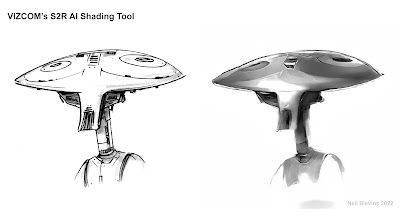 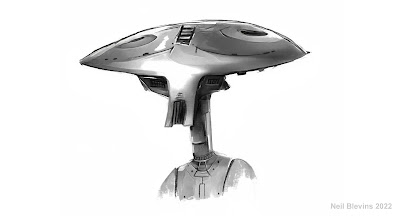 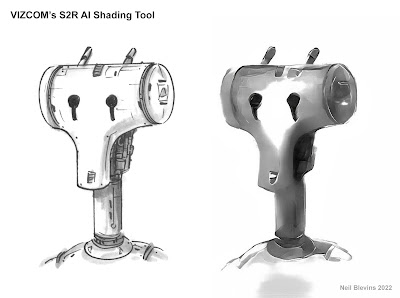 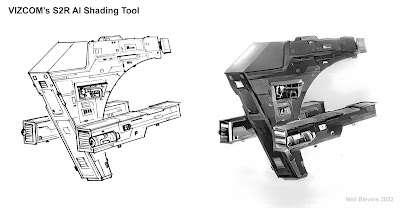 Posted by Neil Blevins at 6:42 AM No comments:

2 months ago I posted a written version of this tutorial, had a chance to record a video of it, so check it out if you prefer videos. It's all about giving your concepts a strong visual hook using my favorite fighting mech franchises as examples. 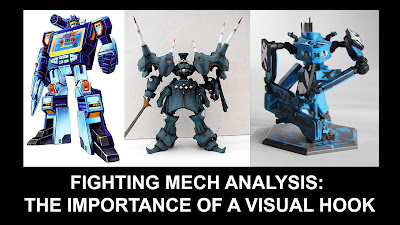 Posted by Neil Blevins at 7:13 AM No comments:

A Movable City would be a livable structure that could be moved, or would be in constant motion.

One of the originators of the idea was architect Ron Herron (in 1964-66). His Movable City, which he called a “Walking City,” had a beetle-type form. It was a city mounted on giant, telescopic steel legs. Other designs include hundreds of crawling legs (like a centipede), a city atop enormous treads (like the NASA launch pad crawler), or a city being pulled or pushed by large, motorized vehicles (like tugboats pushing a barge.) Due to their size, Movable Cities would travel at incredibly slow speeds.

Moving your city could have a number of advantages, such as avoiding natural disasters, escaping man-made disasters like irradiated zones caused by nuclear warfare, migrating to more temperate climates during winter months, or moving to new locations that had resources your city needed (once you’d used up those resources in your current location).
Posted by Neil Blevins at 7:47 AM No comments: