cameraFromPerspView: Added ability to place the newly created camera on a new layer.
cameraLensPackager: Fixed an issue where button tooltips wouldn't update properly.
groupWithPoint: Added ability to place the point at the lowest point instead of centered. This can be helpful when the object is sitting on the floor and you want to have the pivot point on the floor as well.
imagePlaneMaker: Layer is places the templates is now called "_imagePlaneMaker" so it appears at the top of the layer stack.
objectReplacer: Now you can keep your user properties as well when copying.
snapShoter: Newly create objects remain on the layer their original started on.
soulburnAssetLoader: Changed the name of the Environment layer to "_EnvSAL" so it always shows up at the top of the Alphabetical Layer list.
splinePainter: Fixed a bug that would crash the script if you tried loading some presets.
texmapPreview: Fixed some code so the script now works with vray next.
twoDPlanView: Cameras are now placed in a "_Cams" layer.

Thanks to everyone for your support.
Posted by Neil Blevins at 8:30 AM No comments:

Rough spaceship painting. Tried to keep it rougher than my usual rough, but it's always just too temping to add more and more details and tweaks. Inspired by a tree hopper insect, the spaceships of star wars, and a half moon. 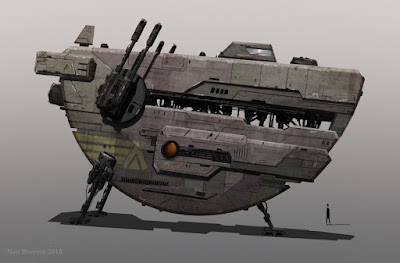 Posted by Neil Blevins at 10:34 AM No comments: 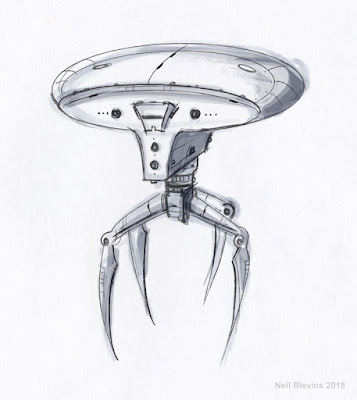 Posted by Neil Blevins at 8:50 AM No comments: 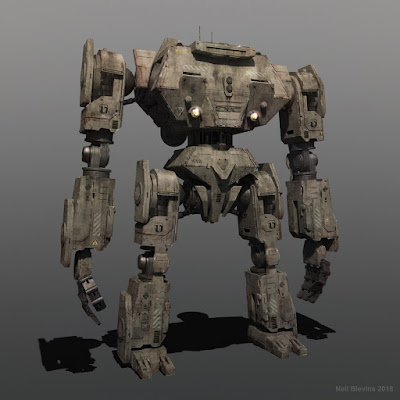 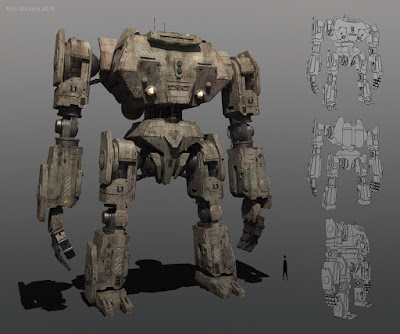 Posted by Neil Blevins at 10:35 AM No comments: