The original Bernal Sphere (proposed by John Desmond Bernal in 1929) is a space colony that would serve as a residential area for a space manufacturing plant. The residents would be found within the spherical portion of the hollow orbiting space station. The outside of the shell would be dense enough to shield the people from cosmic rays and other sources of radiation. The inner sphere rotates to provide gravity via centrifugal force, with dwellings built on the inside surface. The poles of the sphere would have far less gravity than the equator, and hence would be the location of spaceship docking ports and zero gravity manufacturing. Recreational activities such as low-gravity swimming could also be held in this area. Farms could be placed in stacked rings on the outside of the sphere, or could be scattered in with the residential areas as part of a mixed-use development program. 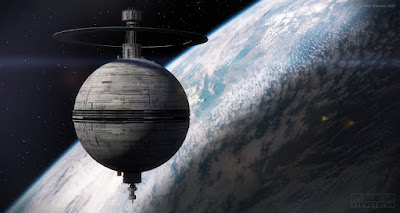 Updated an older piece of artwork for inclusion in my Megastructures book project. A Matrioshka Brain would be a type of Dyson Sphere whose purpose was to power an enormous supercomputer. The concept was invented by Robert Bradbury in the anthology Year Million: Science at the Far Edge of Knowledge. The name comes from the Matryoshka doll, a type of wooden nesting doll made in Russia. 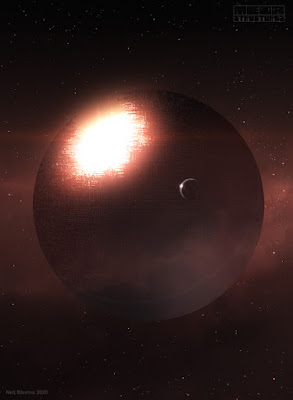 And another updated older piece of artwork. A gas giant refinery is a series of structures that would be suspended in the atmosphere of any gas giant such as Jupiter or Saturn, their purpose would be to harvest large amount of hydrogen / helium or other gases from the planet to prepare the raw elements for transportation elsewhere. 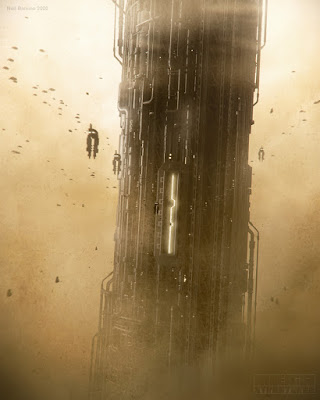