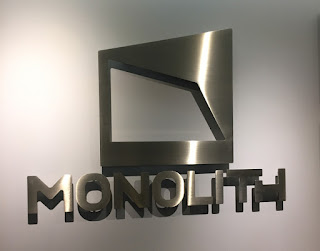 I am so excited to be working at Monolith, the team is great, the project is cool, and I look forward to making lots and lots of art!
Posted by Neil Blevins at 9:42 PM

Congratulations! I know that job security is important for people working in the art and design business, so this is really well done.