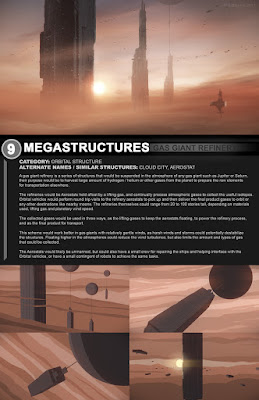 A gas giant refinery is a series of structures that would be suspended in the atmosphere of any gas giant such as Jupiter or Saturn, their purpose would be to harvest large amount of hydrogen / helium or other gases from the planet to prepare the raw elements for transportation elsewhere.

The refineries would be Aerostats held afloat by a lifting gas, and continually process atmospheric gases to collect the useful isotopes. Orbital vehicles would perform round trip visits to the refinery aerostats to pick up and then deliver the final product gases to orbit or any other destinations like nearby moons. The refineries themselves could range from 20 to 100 stories tall, depending on materials used, lifting gas and planetary wind speed.

The collected gases would be used in three ways, as the lifting gases to keep the aerostats floating, to power the refinery process, and as the final product for transport.

This scheme would work better in gas giants with relatively gentle winds, as harsh winds and storms could potentially destabilize the structures. Floating higher in the atmospheres could reduce the wind turbulence, but also limits the amount and types of gas that could be collected.

The Aerostats would likely be unmanned, but could also have a small crew for repairing the ships and helping interface with the Orbital vehicles, or have a small contingent of robots to achieve the same tasks. 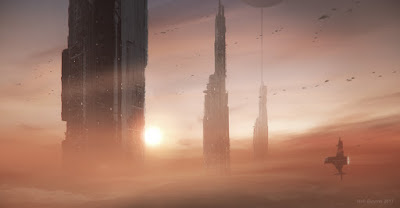 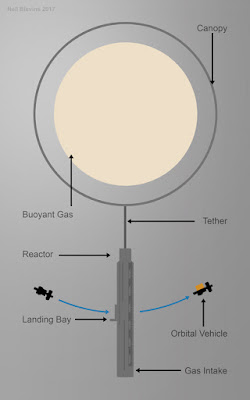