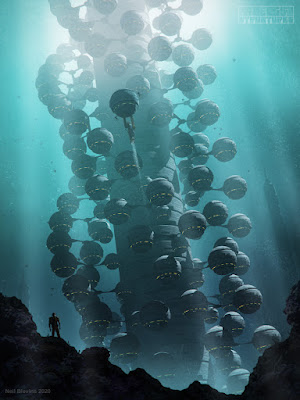 An Underwater Habitat would be a below-water structure where humans could live for extended periods of time and perform everyday activities such as eating, sleeping, and working. Today’s Underwater Habitats are generally meant for short-term visits by scientists, but in the future we could potentially create entire cities where residents could remain for their entire lives.

The habitat would likely be a set of smaller, interconnected modules made from steel, glass, and cement, rather than a single giant glass bubble. This would help prevent some of the dangers that could be caused by a single bubble breaking under sea pressure. It would also allow for easy habitat expansion, and should a leak occur, it would be easier to isolate and then repair the affected area. Units could potentially be built on the surface and then sunk, since construction would be easier on the surface.